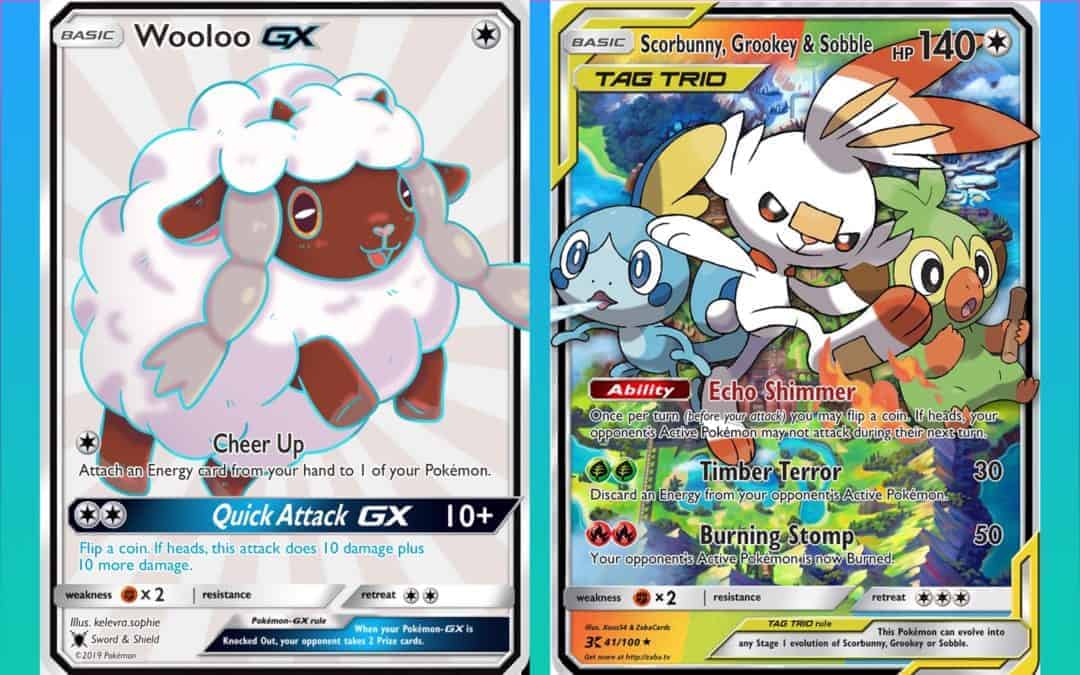 Since Nintendo’s big «Nintendo Direct» Update on «Pokémon Sword & Shield» earlier this week, the first few Pokémon from Generation 8 (besides the starters) are known – and they are adorable! And we know that The Pokémon Company has been looking for fresh design talents to draw some more miraculous Pokémon artworks via a contest.

But since The Pokémon Company International (TPCI) won’t give us a glimpse at Pokémon TCG Cards featuring the new Generation Pokémon for at least another 3-4 months, «CardCollectors» went to travel across the land, searching far and wide to find a bunch of very talented artists up to the task of designing the first Generation 8 Pokémon Trading Cards. Those designs are so cool – they should all be official, don’t you agree? ?

++ This post is regularly updated as new Artworks are added ++

Among the most visually striking designs – and also totally up to speed with the current «TAG TEAM» hype – is a custom card by «ZabaCards»: His artwork even goes for a full «TAG TRIO» including Scorbunny, Grookey and Sobble and a Map of the Galar Region in the background. 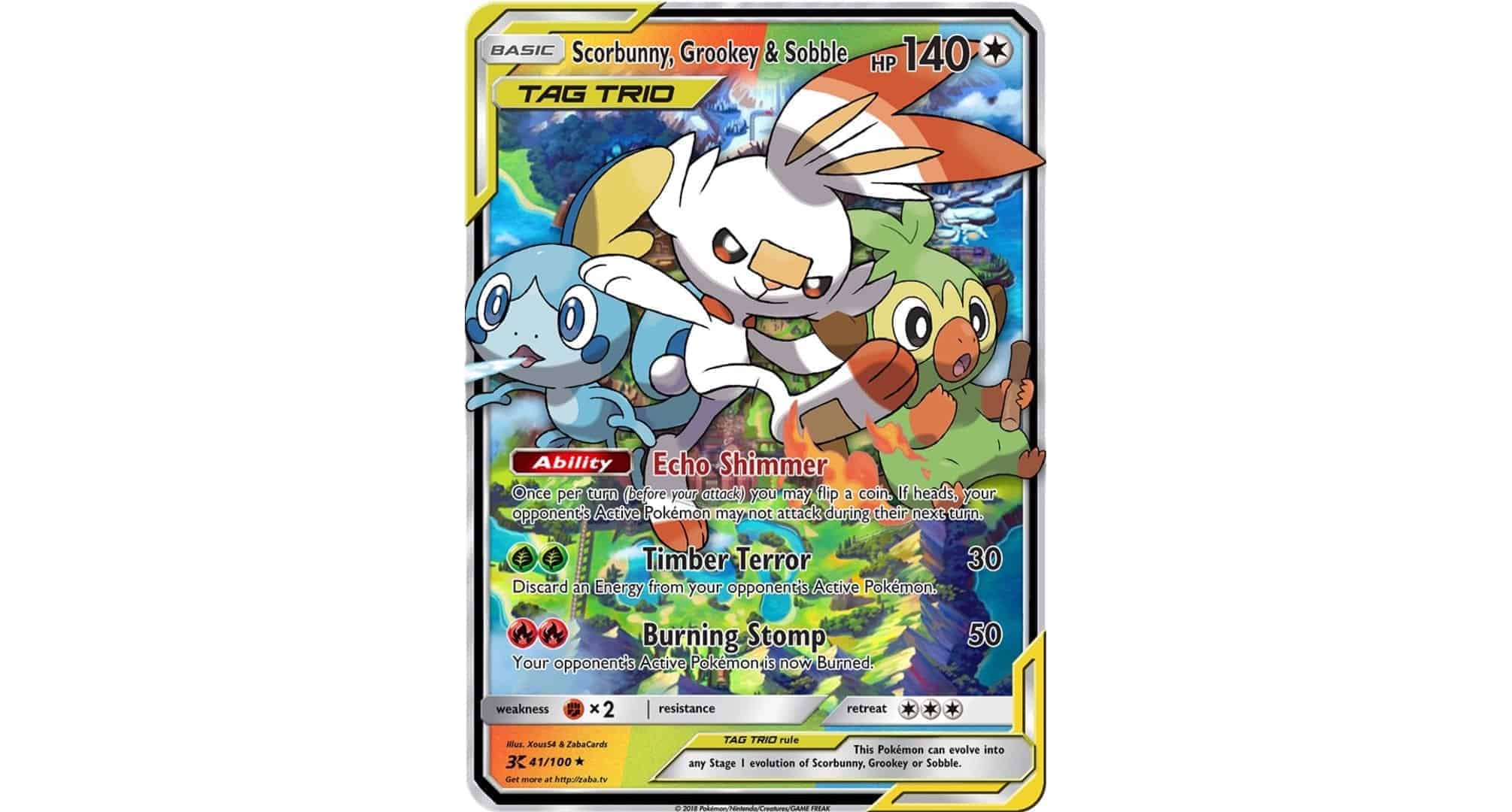 Doubling down on cuteness: Wooloo-GX with Shiny Variant

The incredibly talented Design Artist Sophie Kelevra (meet her on Instagram) doubles down on the joy: Not only does she deliver a spot-on design for a Full-Art «Wooloo» GX-Card complete with the Attacks «Cheer Up» and «Quick Attack» – She even imagined a Shiny Variant of everyone’s favourite Gen8-Sheep. Anyone in for a second round of «GX Ultra Shiny» / «Hidden Fates»? 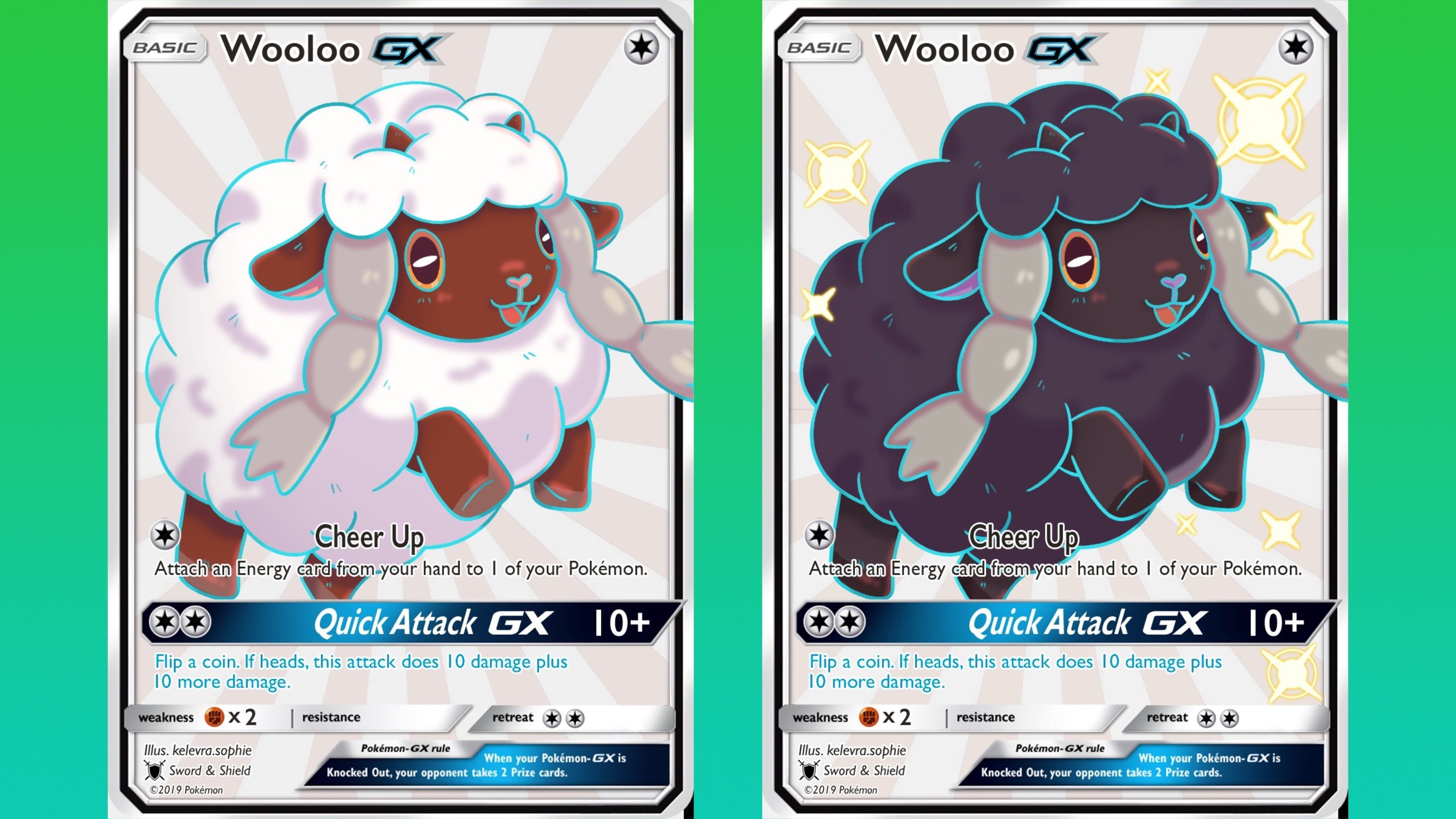 Remember the glorious «Wizards of the Coast» times? Well – Pokemondecals and InfernosGames do! And they designed a stunning card featuring one of the two new Legendary Pokémon from «Sword and Shield»: Zamazenta! Now who’s gonna draw us a Zacian to restore balance in Galar Region? ? Want one of your own? They’re available on Etsy!

The Starters as Singles and some Tag Team Full Arts: By Alfie Robles

As Reddit user and all-around cool dude «Kronopix» points out, a certain artist named Alfie Robles took to the «Pokébeach» forums their own approach to the Galar Region Starters: Grookey, Scorbunny and Sobble. Because of course those Pokémon would get the most attention in the beginning. We especially love that the artist took the time to include a set logo for the first «Sword & Shield» expansion – which he believes will feature a total of 135 cards (that’s without the secret rares).

But Alfie Robles – also known by his Design Alter Ego «AnekDamian» – is not done there: He doubles down with the stunning design of two «Full Art» Tag Team Cards. And finally our prayers have been heard: Crowd favourite Wooloo is featured – Shepherds worldwide rejoice! ❤️?
On these two fan-made masterpieces we have «Mareep & Wooloo» – an absolute dream team and hopefully soon also featured as an official «Tag Team» – and «Jumpluff & Eldegoss».

From Instagram User and Artist master_noctowl comes an artwork you don’t see so often these days: A «pencil on cardboard» hand-drawn variant of Eldegoss. A true «Full Art» by any means, this variant even omits the usual numbers and descriptions on the card. We dig the dark grey border, which reminds us a bit of Japan’s «Best of XY» Set.

About Us: Wir sind die CardCollectors